On top of the 4 × 4 squares of summoning board, grab the victory by manipulating the monsters!
Heated Kimi brain, strategy battle of thinking "Samonzubodo"
————————————————– —————
Download of "Samonzubodo" Free!
Some paid content are also available, but you can enjoy until the end for free.

▼ The basic rule turn-based battle!
① attempts to move by the slide operation of the monsters!
→ it has been decided the direction that you can move to every monster.
② try to skillfully approach the enemy attack!
→ movement can be the direction of the monster's direction that can attack as it is! Tara monster purchase that can attack other than to move the monster to attack all at once!
③ trying to attack a lot of friendly monsters at the same time!
→ If you attack the same monster with a lot of friendly monster at a time "combo attack" is activated! Given a lot of damage from the attack in one body!

▼ Let spider the team of my own in the acquired monster!
Get a pawn and defeat the enemy! Monster becomes a friend and to clear the dungeon!
Assess the ability of different each monster by monster such as a mobile attack direction and skills, trying to organize your own strongest team!

▼ unity guild formed!
Formed the friends and guild, which met in the game!
Guild all members of the monster becomes stronger and together to grow the guild!
Let victory against a formidable enemy monsters grow the guild with friends!

▼ Let's try his power in the match championship!
You are handy rankings battle game in their own grown monster!
Rankings battle of the opponent whopping same adventurers with you!
Let the simple test your skills in the pride of the monster that was grown! 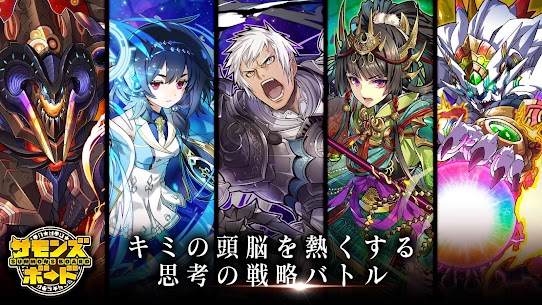