The sequel to the god-level pixel IP, the RPG mobile game "Wanderer: The Continent's Overlord" is officially launched!
A brand new story unfolding on the continent of Orustra by 8 protagonists, where you can travel your way through a fantasy world intertwined with pixel art and 3DCG.
Let's go and embark on your own journey!

As the latest mobile game in the "Wanderer" series, it tells a brand new story that happened on the mainland of Orustra.
Players will take risks and experience in the immersive fantasy world created by the delicate three-dimensional pixel art scene (HD-2D) and the calm and solemn background soundtrack, and experience many heavy or warm or joyful plots story.

【Game world view】
On the continent of Orustra, there is a ring of gods that contains the power of the gods. Three of the rings fell into the hands of three evil people. These three evil people used the rings to realize their desires for "wealth", "power", and "reputation" respectively, and became tyrants to rule the continent. . Their desires are endless like a bottomless abyss, throwing the once peaceful continent into chaos.

【Game Features】
◆Fantasy world compiled by pixels◆
The picture continues the pixel HD-2D fantasy style of the previous work, by adding the visual effects of 3DCG to the pixel art, showing the most dreamy game world.

◆Three main lines, immersive experience◆
As the person chosen by the ring of God, the protagonist is on the stage of Orustra Continent to fight against evil people and restore peace to the continent.
"Fortune", "Power", "Fame", which story will you start your journey from?

◆Eight professions, strategic battles, and special map commands to play ◆
The game contains 8 major occupations: swordsman, dancer, merchant, scholar, pharmacist, thief, hunter, priest.
Each occupation has its own unique attributes and characteristics, and players can choose roles in different occupations according to their personal preferences.
During the battle, players can choose a team of up to 8 people to conduct command attacks.
In the town, you can ask NPC information, buy items, hire, etc.

◆Top soundtrack, quality enjoyment ◆
Game music recorded from live performances. Following the "Wanderer on the Crossroads", there are many new tracks made by Nishiki Yasushi.

~~Notes~~
※This game is classified according to the game software classification management method: Auxiliary level 12.
※This game involves non-bloody scenes such as sex, violence, and character fighting, and the game characters wear clothing with prominent features but do not involve sexual implication.
※Please avoid indulging in games.
※Some contents of this game require additional payment.
※Minors or incapacitated persons can use this game service only with the consent of their legal representative. 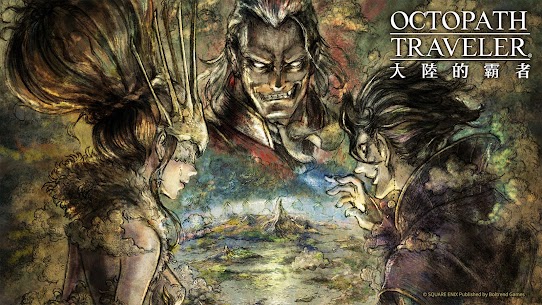