The dragon shout is shaking heaven and earth,and the skill is powerful and gorgeous.
From a distance, a dragon with four heads stands proudly between heaven and earth.
Its four heads gather the power of different elements, including flame, thunder, freezing and lightning.
The magic dragon wantonly squanders its powerful elemental power, and vicious humans are invading dragon’s own territory.
The dragon resisted, wiping out wave after wave of greedy humans who coveted their treasures.

Gameplay:
Tap on the dragon's head, swipe the screen to release the power of the elements, guard the treasure, eliminate vicious humans and win the game. 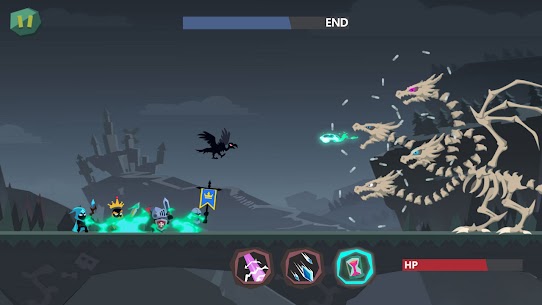