After the release of the official licensed collectible turn-based RPG mobile game , it has not only won numerous awards, but also received a lot of love! (๑•̀F•́)و✧Download now to receive exclusive profile, image frames, and more!

The evil hand of the monster has already reached out to the world! Saitama's punch is already all ready!
Story / Justice, Let's become heroes together as a hobby!

★【Game Introduction】★
👊 mobile game is adapted from the popular Japanese manga – . The original author, ONE, was drawn by Yusuke Murata, and during the entire game production process, the Shueisha Production Committee supervised and implemented the settings in the animation into a high-quality turn-based RPG mobile game so that users could directly experience the story of the animation!

★【Game Features】★
👊Realizes the original One-Punch Man world
Saitama-sensei, who became bald but strong, Genos, a boy with a will that constantly evolves by repeating falling and getting up, Tatsumaki, the strongest superpower in the Hero Association, Tatsumaki, a zombie man of infinite regeneration, and Garou, a genius martial artist who hunts heroes… Many super popular characters appear! By re-implementing the famous scene, we recreate the world where heroes and monsters collide!

♟Freely form your own hero association
Directly place heroes and monsters with unique personalities and various abilities, and create a unique 'Hero Association' by freely developing strategies in the turn-based RPG mobile game . Use your strongest core to defeat your opponent in the arena and showdown! Many character costumes and adventures are waiting for you!

■ Smartphone application access right guide
When using the application, we are requesting access to provide the following services.

[How to revoke access]
▶ Android 6.0 or later: Settings > Applications > Permissions > Permission List > Set access permission withdrawal
▶ Under Android 6.0: Upgrade the operating system to revoke access or delete the application
※ If you are using a version of Android lower than 6.0, it is recommended to update to version 6.0 or higher because you cannot individually set optional access rights. 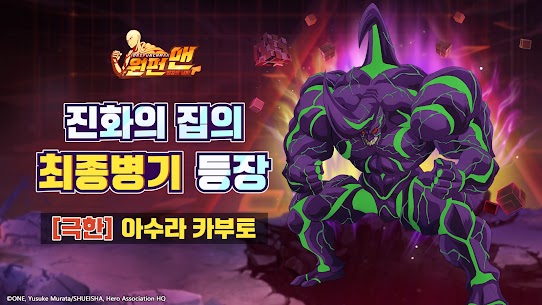