Car Transporter Airplane Pilot Flight Simulator 3D
You’ve played car games and transporter truck driving games but it’s the best combination of all with airplane simulator games. Drive cars at airport or load them in trailer truck and transport it to other cities with flying airplane games. Become an airplane pilot from cargo plane simulator and fly biggest planes in this car transporter game. You get to become a car driver, transporter truck driver and airplane pilot, all at the same time unlike other plane games. This latest plane transport game lets you drive super cars, hybrid cars, cargo plane, transporter trailer truck, twin turbo aeroplane and several other vehicles, not seen in even best driving games.

Car Tycoon: Rags to Riches
Buy and sell new sports cars straight from car showroom. Deliver cars in a long trailer truck to other cities. Get behind steering wheel & get ready for plane transport games action and make your mark as a tycoon of car transporter games. Drive luxury cars in town to reach nearest airport parking lot and load them into the huge cargo plane. Get inside plane cockpit and grab the wheel as an airplane pilot to take off the plane up in the sky. You will not find all these amazing features in other free car games like this car transport game.

Thank you for your critical feedback. We have improved a few things in this update:

Keep giving us your suggestions to improve this airplane car transporter game in future releases. 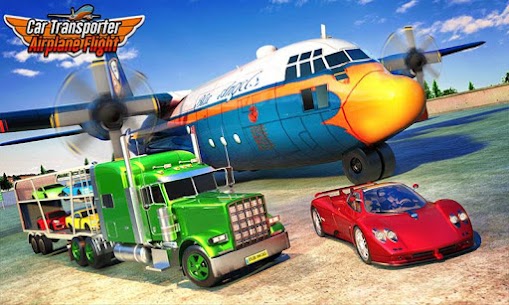