A dynamic battle royale PvP shooter! Drop-in from the helicopter, loot up and start fighting! Waiting around isn’t an option: the battlefield is constantly closing in at your heels. So grab a weapon and get fragging!

It’s an ultimate Battle Royale between Fort Squad Epic Battle Royale and Survival enemies. This is a survival of the strongest hero in the army battle Royale war. Force of the enemy’s war is ready to find your city & destroying a building with their powerful weapons in this Survival Battleground. Elite FPS sniper is always here for your help as an action superhero commando.

Fight for survival on a dead island with other players like you until all but the strongest have met their bitter end! Time flies by and the zone breathes right down your neck, so snatch up your weapons and equipment and jump into battle against the island's other survivors!

Don’t mess up with epic fire legends fantasy fight, just follow the rules of shooting & survival and become a Battleground's hero. In this Fort Squad Epic Battle Royale Shooting game, no one can take you down. Just believe in yourself and never let any gangster escape from this city as a militant smasher. This tactical war only needs a war hero in world war II. So you must conquer the modern world in the best hero game. Let’s begin the fire super storm adventure of sniper shooter. 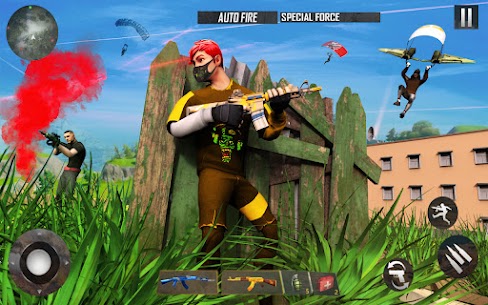